Where do Willie Mullins’ Dublin Racing Festival winners go next at Cheltenham? 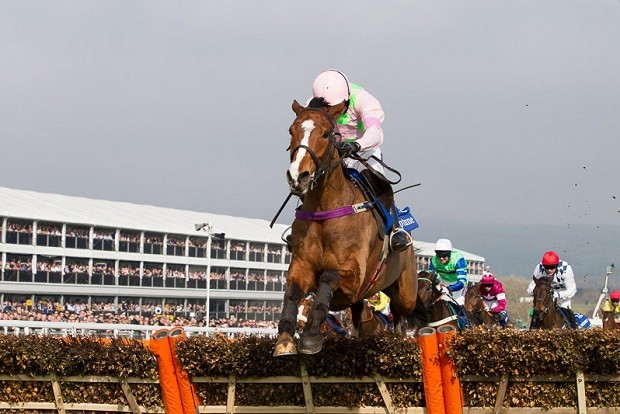 Previous Gold Cup and Mares’ Hurdle winners Al Boum Photo and Benie Des Dieux are widely regarded as the horses in the Willie Mullins stable as having the best chances of scoring more success at the Cheltenham Festival. The yard’s four Dublin Racing Festival victors also have big shouts too.

Nobody has trained more winners at the four-day National Hunt racing spectacular than County Carlow maestro Mullins, so here is a recap of those Leopardstown triumphs and where they could go next at Cheltenham.

The Champion Bumper is a race Mullins has farmed down the years. He’s won it a record nine times before and Appreciate It shot to the head of this year’s betting with victory in the Grade 2 National Hunt Flat race at Leopardstown.

Eric Bloodaxe was the ante-post favourite, but a monster gamble developed to the point where Appreciate It was sent off at 11/10. His Joseph O’Brien trained rival weakened and finished lame, but Patrick Mullins took full advantage on the market leader.

Appreciate It was in such firm command that his jockey eased him close home and he was thus value for more than the 7½ lengths winning margin. He is now 3/1 favourite to give Mullins a tenth Champion Bumper victory.

Many questioned the wisdom of sending Faugheen chasing so late in his career. The 12-year-old has vindicated the decision by winning all three outings over fences so far and two Grade 1s, turning away highly-regarded younger challengers who should have more scope for improvement.

It’s been wonderful to see Faugheen roll back the years and be reinvented as a novice chaser. He jumped fellow Grade 1 scorer Battleoverdoyen off his feet and led home a 1-2-3 for Mullins in the Flogas Novice Chase at the Dublin Racing Festival.

Faugheen is now a warm favourite for the Marsh Novices’ Chase at the Cheltenham Festival, and you can get betting tips & odds for the upcoming event by 888 sports online. There would not be a more popular winner at Prestbury Park than this beloved veteran.

Mullins admitted he was thinking of running Asterion Forlonge, who is owned by the same connections as Al Boum Photo, over further than 2m. That was until he ran out an impressive winner of the Grade 1 novice hurdle at that trip around Leopardstown.

Mullins certainly has another hot prospect on his hands with the unbeaten Asterion Forlonge. His winning streak is now four, including his point-to-point, after he had a field of regarded horses well strung out at the Dublin Racing Festival.

As his owner also has Shishkin in Nicky Henderson’s stable, who is strongly fancied to win the Supreme Novices’ Hurdle, where Asterion Forlonge goes next at Cheltenham may be dictated by plans for that horse. He is prominent in both the Supreme and Ballymore betting for the Festival.

The Dublin Chase went to Mullins and owners Rich and Susannah Ricci for the third time in as many years, but not with Min on this occasion. Chacun Pour Soi came on for his return to action by landing a second Grade 1 on just his fourth start over fences.

He had far too much speed for dual Dublin Chase victor Min and the plan is surely for the latter to go back up in trip for Ryanair Chase come Cheltenham. That leaves Chacun Pour Soi as the leading Mullins contender for the Queen Mother Champion. It’s a race he’s never won, but that could change.

The post Where do Willie Mullins’ Dublin Racing Festival winners go next at Cheltenham? appeared first on Racing Ahead.