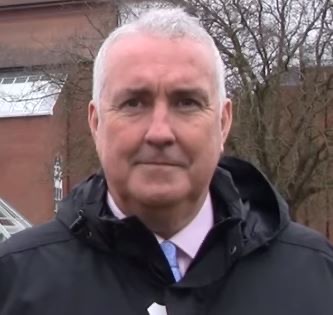 The group 1 Nassau Stakes is the feature race on day 3 of
Glorious Goodwood and this drying ground will certainly suit last year’s winner
the Japanese trained Deidre but she has been below par of late and she is not
guaranteed the fast pace she needs at this trip.

I thought Fancy Blue (3.15) ran an excellent race when
runner up from a poor draw in the Irish 1000 Guineas and subsequently went one
better when landing the French Oaks over today’s trip at Chantilly. Ryan Moore
takes over in the saddle this afternoon and, after just four career starts,
Donnacha O’Brien’s daughter of Deep Impact is entitled to further improvement.
The selection is likely to get at least another couple of furlongs in time, but
she gets the vote in a race that the classic generation have dominated in
recent years until Deidre’s success 12 months ago.

Yazaman was described as an out and out juvenile after he
finished runner up in the July Stakes at Newmarket behind her Majesty’s
Tactical who is one of the best two-year-olds seen out so far this term. The
selection has the beating of Qaader (2.15) on that run but preference is for
the Mark Johnston trained two-year-old who looked all at sea on the rain
softened ground and is take to reverse the form on this better ground.

In the Gordon Stakes Subjectivist looks sure to make it a
true gallop and I’m sure Frankie Dettori will not give English King (2.50) the
same rope he allowed Serpentine in the Derby at Epsom at the beginning of the
month. The selection ducked left at the start from his poor draw in stall one
on that occasion but finished the race, seemingly, with plenty in the tank
having been given plenty to do. Dettori keeps the ride this afternoon sand Ed
Walker’s son of Camelot – a general 7/4 shot – can reverse Epsom form with runner
up Khalifa Sat.

In the finale Winter Power (4.55) is impossible to oppose
having run away with a Redcar nursery in a fast time on Monday. If in the same
mood she will be impossible to oppose under a 6lbs penalty given she was well
touted prior to her Newcastle debut and looked a group horse at the Teesside
track earlier in the week.

My two against the field in the Galway Hurdle are Aramax
(6.45) and Wonder Laish with marginal preference for the former who did us a
favour when winning the 4-year-old handicap hurdle – formerly Fred Winter – at
the Cheltenham Festival back in March.

There has only been one four-year-old winner of this
valuable and prestigious handicap hurdle since its inception in 1988 and that
was 20 years ago, but this is one of the few big races that legendary trainer
Gordon Elliot has failed to win, and it is possible that he will never carry
just 10st 5lbs again. The selection is a best priced 14/1. Note Elliot has
saddles the likely market leader Felix Desjy who overcame a long absence to
make all in a 2m Maiden on the level at Navan at the beginning of the month.

There was plenty of rain forecast for Galway on Wednesday
and I’m not convinced that will suit Wonder Laish who was tenderly handled when
third to Aramon in the Grade 3 Grimes Hurdle at Tipperary last month. Aramon
reopposes on the same terms this evening but I thought Charles Byrnes’
eight-year-old would improve significantly for the run and he has been well
supported into a best price of 15/2.