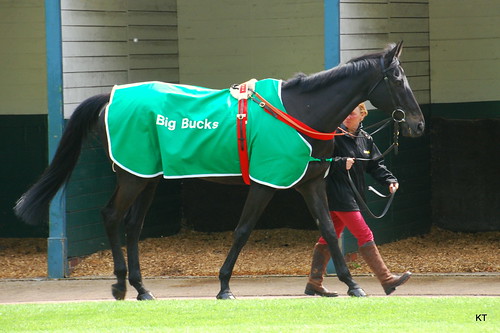 Clan Des Obeaux will go into the King George VI Chase on Boxing Day this year looking to become only the fourth horse in the history of the race at Kempton to be successful on three occasions.

Wayward Lad, Desert Orchid and Kauto Star all have their names on the King George roll of honour at least three times. The latter holds the record with the most wins as his victory in 2011 was his fifth in the 3m contest.

Paul Nicholls’ runner won the biggest prize of his career when he scored in the 2018 renewal of the Grade One race. He went off at 12/1 in the betting that year in what was a strong field which included Might Bite, Native River and Waiting Patiently. Under the hands of Harry Cobden, the pair prevailed by just under two lengths ahead of Thistlecrack.

As you can see from the horse racing results for the King George, Clan Des Obeaux is the favourite to win at 11/4 odds. The margin of victory was much bigger in 2019 as he blew the field away by an emphatic 21 lengths. There were only five runners in the race, and while Cyrname and Lostintranslation both had strong claims, it was the connections of Clan Des Obeaux who were celebrating once again.

Unfortunately for those associated with the horse, their eight-year-old was unable to add the Cheltenham Gold Cup to his record back in March. He was well-beaten in eighth place in the race which was won by the defending champion Al Boum Photo.

Clan Des Obeaux may well be the latest horse to be deemed a Kempton specialist. Desert Orchid and Kauto Star both produced their best performances at the Surrey Racecourse. Although they also won the Gold Cup, their records at Kempton were very impressive.

One of the reasons some horses prefer Kempton to Cheltenham is that it is a much flatter track. It is also worth bearing in mind that the King George is 2½f less in distance than the Gold Cup, so it is no surprise that some horses struggle to perform well in both races. Time will tell if Clan Des Obeaux can come out on top in the Blue Riband event in the sport at Cheltenham. If he doesn’t, and he wins a third King George, he can still go down as one of the best of his generation.

Cyrname is the biggest challenge to his stablemate Clan Des Obeaux this year as he is the 3/1 second favourite in the ante-post betting for the race. He returned to the track recently in the Charlie Hall Chase where he was an impressive winner at Wetherby.

It will be Cyrname’s second attempt at the King George this year. He was runner-up in 2019, albeit a long way behind the winner when crossing the line. His latest performance suggests he is over the troubles which kept him off the track earlier in 2020.

The field at Kempton next month could also include Lostintranslation, Champ and Allaho. This looks set to be a fantastic race in what is the highlight of the festive period in the sport.