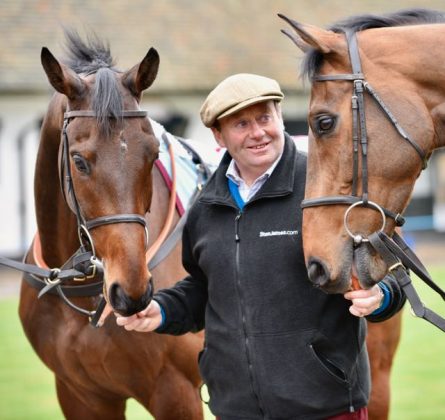 Top Notch will swerve next week’s Irish Gold Cup at Leopardstown in favour of a run at Ascot.

The Nicky Henderson-trained Grade One winner finished third on his seasonal reappearance at Ascot just before Christmas and he then claimed his first victory of the campaign by winning the Red Casino Chase at Kempton earlier this month.

A run in next Sunday’s Irish Gold Cup had appeared to be Top Notch’s next port of call, but connections have now confirmed that he will swerve that race in favour of a run in the Betfair Ascot Chase on February 16.

Anthony Bromley, who is racing manager to owners Simon Munir and Isaac Souede, said: “Top Notch is not going to go the Irish Gold Cup, instead we are going to wait for the Ascot Chase.

“He has been a very reliable horse on the whole and has been a great horse for the owners and Daryl Jacob, and the yard love him.”

Bromley also feels Top Notch is rediscovering top form after a bad reaction to a flu jab disrupted his start to the season.

“It has been a bit of a catch up this season after he bad reaction to a flu jab and we had a lot of plans before Christmas,” Bromley added. “It is nice to get that win under his belt and we are looking forward to seeing how he takes his next race.”