All British racing off until at least Wednesday 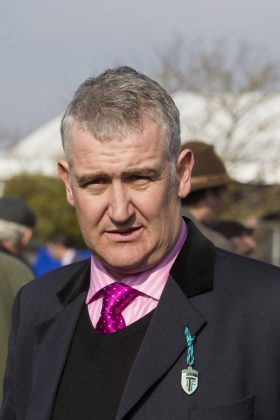 All horse racing meetings in Britain have been called off until at least Wednesday, February 13 following an outbreak of equine flu.

The British Horseracing Authority has made the decision after three vaccinated horses tested positive for the disease.

The BHA had cancelled all fixtures on Thursday and they have now extended it for a minimum further five days to try and control the virus.

Trainer Donald McCain has confirmed the horses that tested positive came from his Cheshire stables.

A BHA statement read: “This precautionary approach is intended to ensure we put the health of the horse population and control of the virus first, and avoid any unnecessary risk that might come from returning to racing too quickly.

“We appreciate the impact that this may have on the sport commercially, but disease control in order to mitigate the risk of further disruption to the sport – and safeguard the health and welfare of our horses – must be a priority.”

The decision means the cards at Bangor, Kempton Park, Newcastle and Southwell on Friday are now off while the Saturday meetings at Lingfield, Newbury, Uttoxeter, Warwick and Wolverhampton have been cancelled, along with the Southwell and Exeter meetings planned for Sunday.

Monday’s races at Catterick, Hereford and Wolverhampton have also been cancelled, as have the meetings planned for Ayr, Lingfield and Newcastle on Tuesday.

The post All British racing off until at least Wednesday appeared first on Racing Ahead.